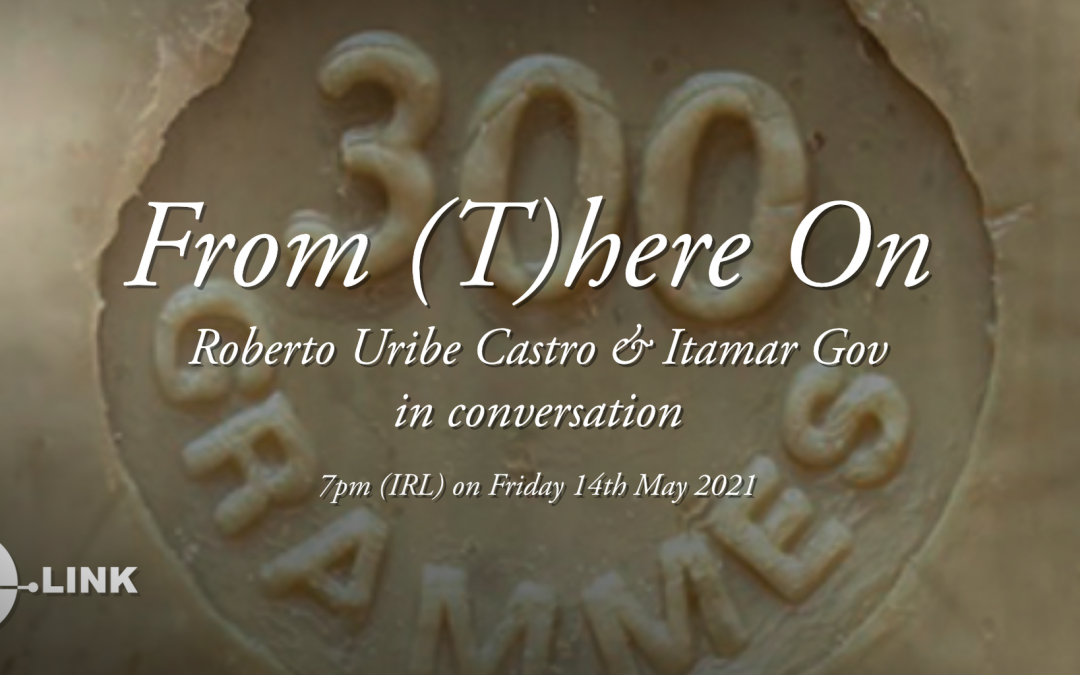 #quarantinediaries is an Instagram takeover by Roberto Uribe Castro taking place throughout May 2021. This project is turning into a global network of individuals expressing this moment in time through the everyday cleansing ritual of soap

Read the essay by Adrianna Valderrama Lopez on artlinkonline.ie and check out B26 article recently published here

Artlink are also very proud to present the first analogue version of the project in the windows of Saldanha Gallery at Fort Dunree, Co.Donegal.

In addition on Friday 14th May we will have an excellent opportunity to converse about authority and authenticity with Roberto Uribe Castro and Itamar Gov at ‘From (T)here On’. The event will also explore those experiences that changed our perspective so that afterwards we return to the world renewed/changed/enlightened/inspired by our visit.

Roberto Uribe Castro
Roberto Uribe-Castro graduated as an architect from the Universidad de los Andes and holds a master’s degree in spatial strategy from the Weißensee School of the Arts in Berlin. He has worked as a field researcher for urban studies and as a studio manager for Doris Salcedo and Mona Hatoum in site-specific installations, collaborations that have been highly influential in his interdisciplinary and collaborative work. He currently lives and works in Berlin.
www.robertouribecastro.de

Itamar Gov
Is an Israeli artist, who has been working between Berlin, Paris and Bologna since 2010. In recent years he has been involved in different art and film initiatives, exhibitions, festivals, workshops and publications, among others: documenta 14, the Berlinale and the Berlin Critics’ Week, collaborating with institutions such as Haus der Kulturen der Welt and Fondazione Adolfo Pini. His artistic practice deals with the intricate relations between history, ideology and aesthetics. Must of his projects are based on an ongoing research and evolve around the intersection of art and politics, challenging a clear border between truth and falsehood and giving place to doubts in regard to what artworks declare, or are declared to represent “I am preoccupied with the (non)-significance of a single official Truth. I am focused on the inheritance of cultural traditions, narratives, conventions and gestures that are considered self-evident. Central to my work is the representation of different forms of personal, collective and institutional memory” (Gov, 2021).

About #Quarantine Diaries
When his father died in 2008 and he lived away from his country, Rioberto Uribe Castro  became aware of the extent of time he was away from his home and the difficulties of keeping track of the passing days. This inspired him to document the passage of time through an object, an everyday object, that both he and his mother could keep until they met again. They agreed to keep the leftovers of the cakes of soap they used to share at their next meeting.

In 2019 Roberto was back in Colombia. Like everyone else, he did not count on the pandemic that would leave him trapped for several months at his mother’s house, unable to return to Berlin. He started to use some of the time to review his memories of the house and then his mother started to show him the soaps she had been saving. A small intimate gesture, between a son and his mother, saving a few cakes of soap to account for the time spent apart, then an event, a big event: a pandemic. Summoning serendipity and the characteristics of coronavirus to turn soap into something else: a precious thing that helps people to survive.

Roberto began posting photos of the old cakes of soap that his mother had stored and the ones he was using during the lockdown, on his Instagram account. The posting served as a calendar, marking the passage of time when quarantine made it difficult to differentiate one day from the next.

The series of soap photos did not go unnoticed amongst Roberto’s followers on Instagram. He had only posted four photos when people started sending him photos of their soap from different parts of the world. So his Instagram account has developed into a worldwide, collective and collaborative quarantine diary.

Although more than a year has passed since the beginning of the pandemic and the first lockdown, the reflections which Quarantine Diaries invites are still relevant and necessary. Artlink would like to extend the invitation made by Roberto to participate in this project. On one hand, soap as an object that can hardly be thought of as a work of art, because of its private function in the bathroom; cleaning oneself is an intimate act. On the other, there is the new evocative material life that soap has acquired through the pandemic.

The project raises awareness of the overlap between the personal and the collective, the intimate and the public, the hygienic and the infectious, the material and the digital and is an invitation to consider everyday life in the midst of a pandemic and reflect on what this past year has been and its implications for our future.

To participate in the  #quarantinediaries project please send your pictures to info@robertouribecastro.de or info@artlink.ie The pictures will be shown on @artlinkfortdunree Instagram account.