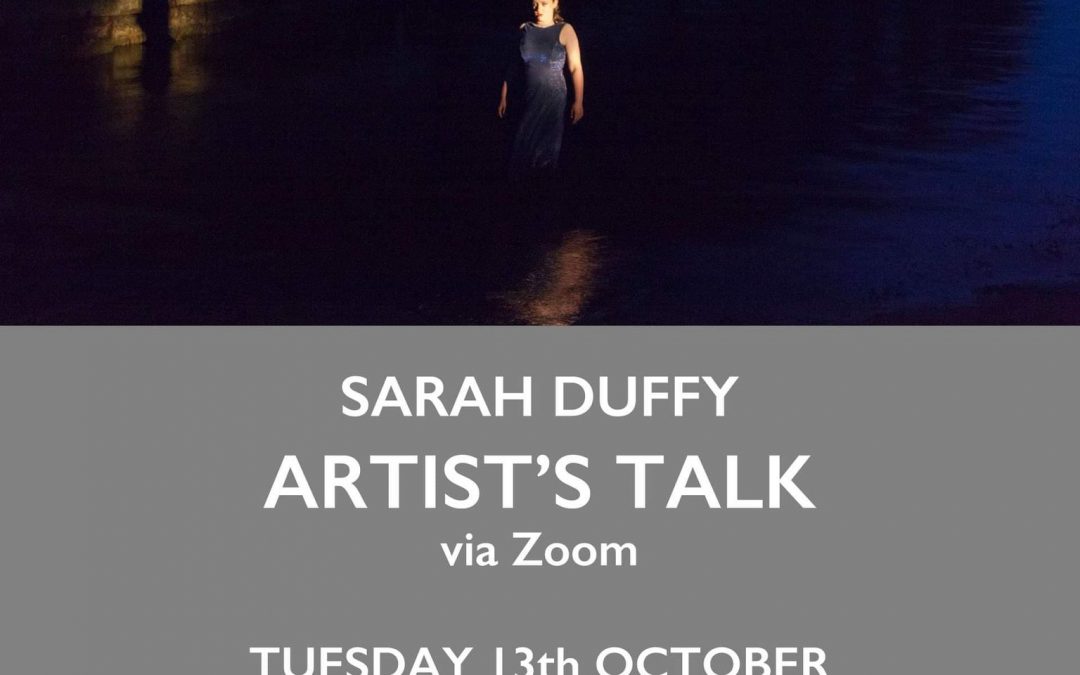 Sarah Duffy graduated in 2013 with an MFA from Goldsmiths; after which she became the inaugural recipient of The Acme Goldsmiths MFA Studio Award. Exhibitions and performances include: solo performance Om3am x Sarah Duffy hosted by Hans-Ulrich Obrist; Mount Florida Screenings at Glasgow Museum of Modern Art; Artists Behind Bars at Matt’s Gallery; Enjoy The Silence at The Camden Arts Centre and The Frequency of Magic at out_sight, Seoul. Duffy has participated in several residency programmes’ including at The Seoul Museum of Art and at Lugar a Dudas in Cali, Colombia as part of The Triangle Network’s International Fellowship programme.

In recent work, Duffy has been thinking about the shifting nature of the spaces we inhabit and the borders and maps we create to delineate our environment. She has been questioning how we orientate our own aging bodies in a world that keeps morphing and moving – politically, environmentally, spatially – and the effect this has on our sense of self. In what ways do we become reconfigured alongside our environment and how is our inner space – both psychological and physical – altered by all of these changes?

For the Artlink Fort Dunree residency, Duffy plans to make a series of field recordings around Fort Dunree of ordinarily undetectable electrical, ultrasound and infrasound noise. These recordings of Fort Dunree’s hidden acoustic soundscape, will then be molded into a complex, layered composition; building up textures of sound that she will begin to harmonise with; creating chords comprised of layers of her voice and these spectral sounds. Duffy intends to expand this composition into a multi-channel sound installation, sculpting sound in space and possibly returning these sounds to the spaces they were originally recorded in.