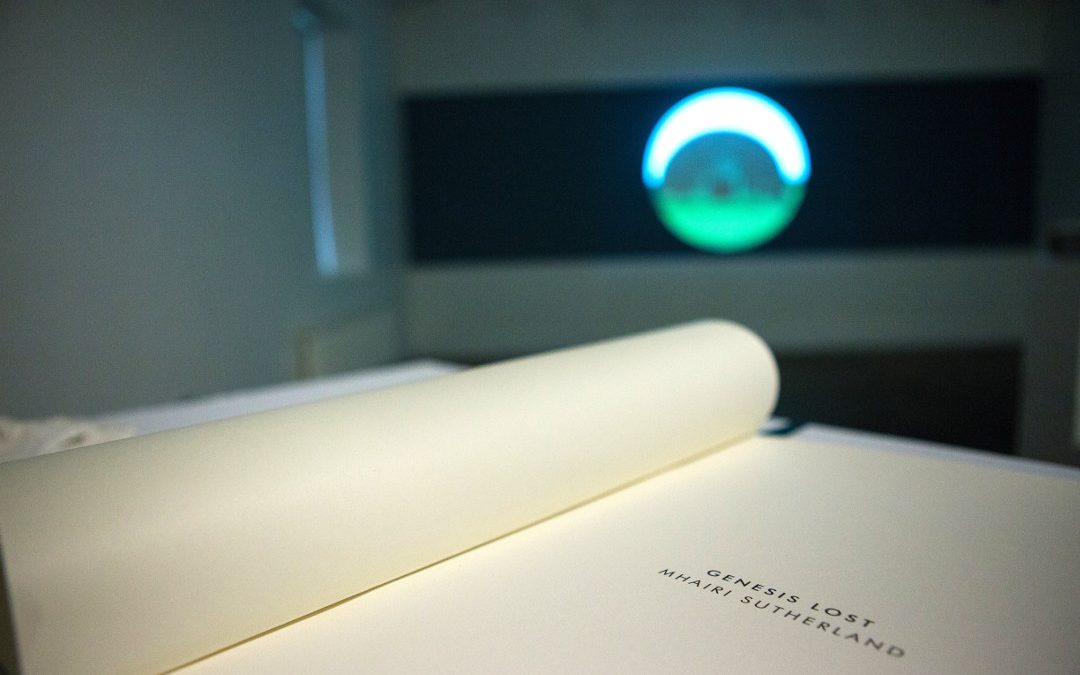 Mhairi first came across the main focus of Genesis Lost whilst researching the landscape of derelict military airfields around Lough Foyle. Part of the former Limavady Airbase stood out amongst the more conventional conflict architecture; an isolated, bitumen-black spherical structure, suggestive of an extra-terrestrial form, marked it out as having a particular purpose. The building was an anti-aircraft training dome, conceived, designed and built in order to train WW2 gunners to shoot down enemy aircraft. Over 40 were built throughout the UK in the 1940’s and this is the only one remaining in Northern Ireland.